Hey, I’m Ruwando with Gotham Club, and this is another episode of Ask Ruwando.

This next question comes from Derek. Derek asks me:

“Do you have any toys you use in bed with girls?”

I tend to err on the side of all natural. I don’t really like playing with vibrators…

I used to play with c*ck rings, but I found it was kind of numbing me out.

SPECIAL: This “Raging Bull Secret” That Boosts Your Bloodflow & Gives You Hard-As-Steel Erections Is Almost Sold Out (Click Here to Get It)…

That’s just a personal preference though. Some people really like toys. Some people like all the crazy Sybian machines and all that stuff.

I personally don’t because my style of sex is to really go deep and intimate and feel moment-to-moment–and like really feel a skin connection.

I’m also kind of a hipster… and I kind of like the analog version of everything. So I prefer to use my body.

But there is one toy I have really been loving recently…

The one thing that I do play with a lot is rope. I got into Shibari recently, which is Japanese rope tying.

I mean, martial arts, I actually recommend it because you can apply a lot of the principles of jiu-jitsu, or wrestling into tying a woman up.

And here’s one thing that’s really cool about it that kind of boggles my mind:

When a woman who likes to play and surrender and submission gets tied up, and she’s bound… it does something to her, like emotionally.

And it’s almost like, if you could make yourself twice as big or make clones of you and really hold her so that you’re like more men.

It’s almost the feeling that some women get when they’re bound.

Rope time can give a woman that feeling of being held, and it can give her this feeling of holding that is very arousing.

And if you see my video on choking, it’s kind of like doing this but for her whole body.

So that’s the one thing I tend to play with. I’m not anti-toys, but it’s not my jam.

But if it is your jam, you know, make sure you’re discussing with your partner what she’s into, because there are a lot of things to play with.

There are a million ways to play in the bedroom…

Here are a few that I’ve found drive almost every woman wild: 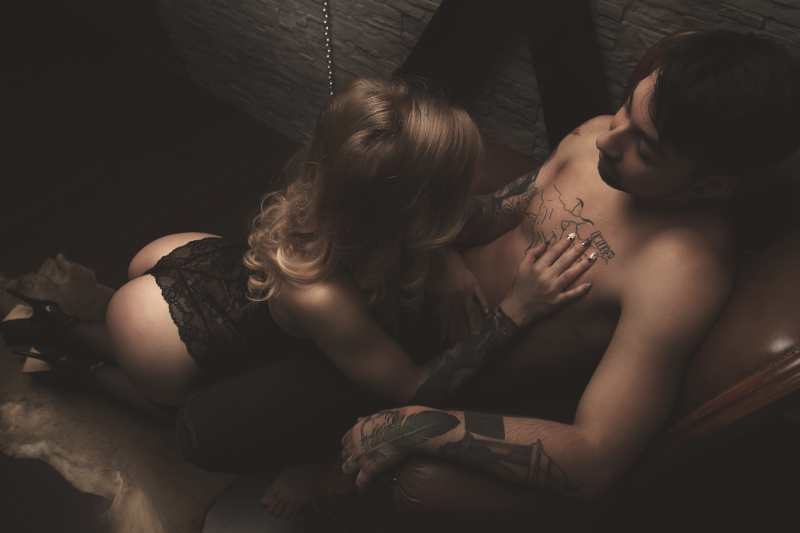 A simple pair of handcuffs, or bed restraints you get on Amazon can make her feel the same way.

But why do women get so much pleasure out of being restrained in the first place?

Here’s what I noticed:

It all has to do with her letting go, and allowing you as the man to take control.

And if you think about it… that’s all an orgasm is, right?

It’s letting go, submitting to your pleasure, and letting your body take over.

So… the more a woman submits to you, the more pleasure she feels.

And in my experience, the easiest way to make a woman really submit to you… doesn’t require a single piece of rope or pair of handcuffs:

You just have to get a little rough with her. 😉

They want to be gagged, spanked, slapped, choked, and sometimes even bruised.

That’s their way of letting go, and submitting… though other women cringe at the thought of sex that rough.

And you can use these moves to make her submit to you, and give her powerful orgasms that leave her shaking in your bed, begging you for more:

P.S. My current favorite move is the “Goldilocks Choke”... would you try it?